The Gang first arrived at Windcliff Harbour during the Secrets of Skyhorn Lighthouse mini arc before the events of the main campaign, and make a return during the Gex and the City arc beginning at episode 51. 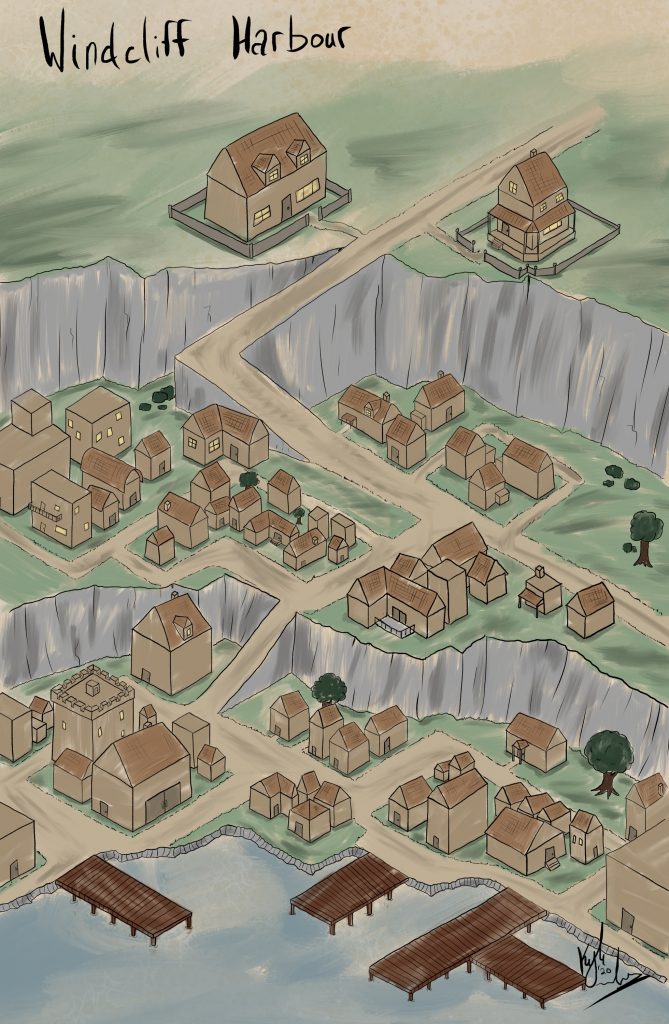 Built shortly after the construction of Skyhorn Lighthouse, Windcliff Harbour is a small town on the Eastern coast of Keairn.

The lighthouse sits on a small island just offshore, where the Madding River flows into the Arathian Sea.

The town has three tiers, built along the cliffs leading down to the water’s edge. The docks and shipyards are found on the lowest tier. Most of the shops, homes, taverns and the like are found on the middle level of the city. The most expensive homes and important buildings are found at the top of the cliffs.

Are you Lost? Can’t figure out where our group of heroes are in the world? Fear not! The World Map is kept up to date with all the locations Kroy, Nubz and Bort the Grappler have visited.

We’ve started to upload our back catalogue of episodes and theme music over on youtube as well.

Also, why not check out Kyle and Colin’s play through of Divinity: Original Sin 2 in their new series ‘Original Sinners‘.