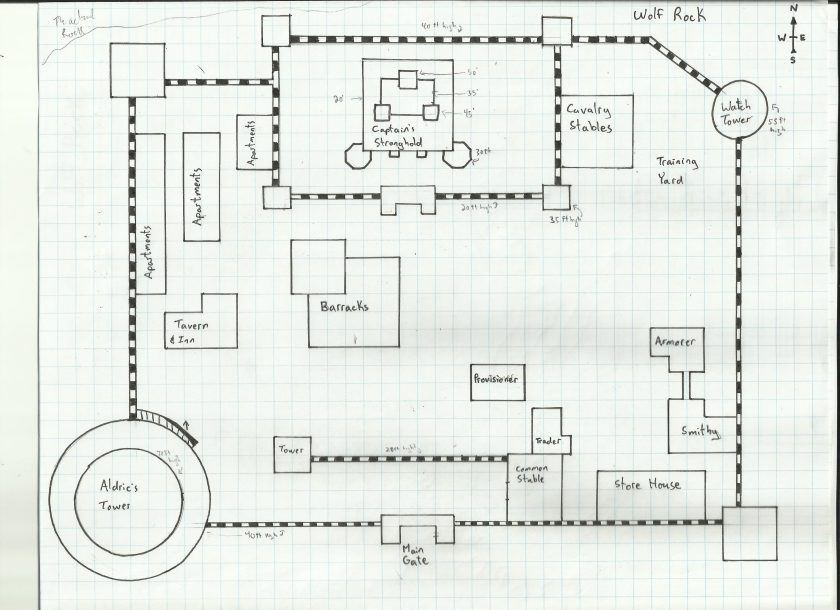 Bordered by The Badlands to the East, and the Shienaran foothills to the West, Wolf Rock Fortress stands at the base of a large rock formation. As seen from the East, the rock is said to look like the head of a howling wolf.

It is one of the 7 fortresses that guard the border of Keairn from The Northern Wastlands. After the capture of Red Rock Fortress (formally known as Stone Mount), Wolf Rock is now the Western most fortress occupied by the Knights of Eld.

The fortress is overseen by Captain Ruggard Jacobssen, a Half Orc warrior.

In the second half of Episode 4, our heroes explore part of the fortress proper, and then enter the Captain’s Stronghold. These hand drawn maps provide the basis of what they see upon arrival.

As our heroes spend more time in the fortress, more information will be revealed.

You can find the Arrival at Wolf Rock theme, and other themes on Soundcloud.